Catch a Vancouver Canucks Game During Their 50th Anniversary Season 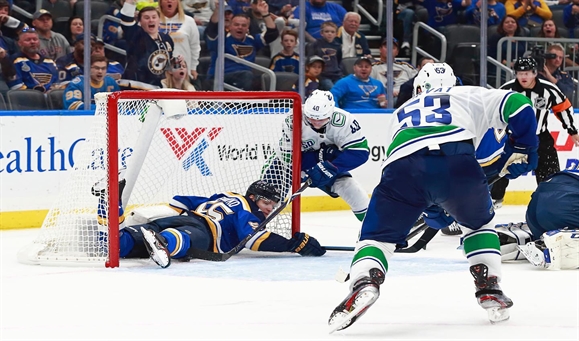 What is the ultimate Vancouver experience a visitor can have? Catching a Canucks game, of course! The hockey team is a major point of pride for the city and 2019 marks their 50th anniversary season.

Founded in1945 as a minor league professional team in the Pacific Coast Hockey League, the Canucks officially joined the National Hockey League in 1970 as part of the league’s expansion. Many hockey icons have played for the team throughout the years: Richard Brodeur, Pavel Bure, Kirk MacLean, Trevor Linden, Markus Naslund, Mark Messier, Roberto Luongo, and Henrik and Daniel Sedin, to name a few. The Canucks have been runner-ups for the Stanley Cup three times — in 1982, 1994, and 2011 — and this season, with a skilled troupe and Bo Horvat as the newly appointed captain, expectations are set high for them to make another run for the cup again.

Check out their home game schedule and celebrate this 50th-year milestone while you’re in town. Ticket information can be found on the team site.


All Canucks home games are held at Rogers Arena, which is just minutes from the conveniently located Georgian Court Hotel. Have a bite to eat at our very own Frankie’s Italian Kitchen & Bar before the puck drops and come on back afterward to celebrate the win with a drink and some live music — Frankie’s is also a jazz club that features top local and international talent performing four times a week. With stylish, comfortable suites and impressive modern on-site amenities including an infrared sauna, our boutique hotel is the top choice for luxurious accommodations in the heart of the city. Make your reservations today!

3 Holiday Events in Vancouver You Don’t Want to Miss

From landmark events to newer seasonal favourites, these are our three top ways to get into the holiday spirit.

Did you know that Vancouver is home to a burgeoning beverage scene? Whether you prefer to sip on craft beer, whiskey, or wine, there’s a fantastically boozy festival for you in the city this November.